Despite July-like temperatures this weekend, Stephen had to bring in the hay.  It has been ‘resting’ in the fields while we got on with our other work but the task could wait no longer. 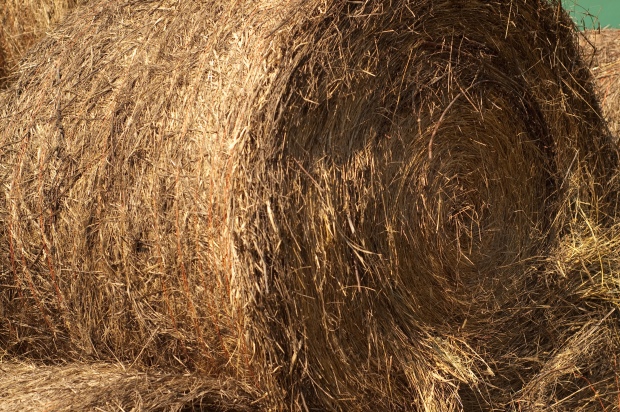 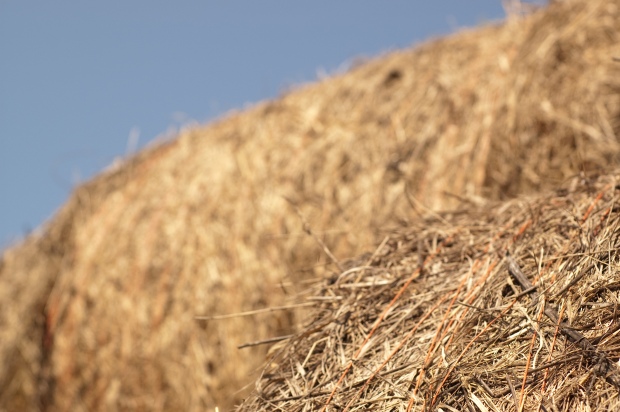 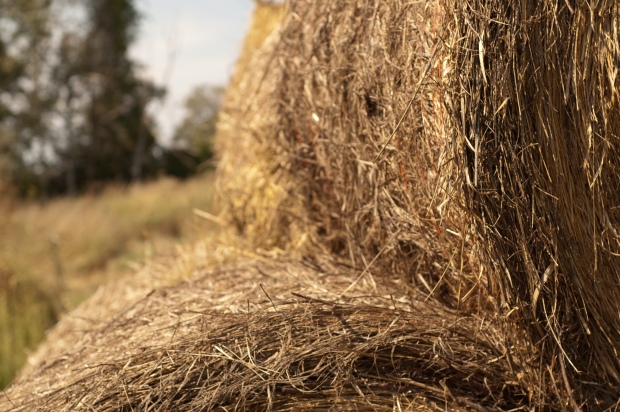 It’s hard to explain exactly why having a huge stack of hay feels so wonderful.  Maybe it’s the feeling of self sufficiency, like having endless jars of jam in the larder, I know we can make it through.  But I think it is more than that.  It’s the fact that last year the house wasn’t even built, there hasn’t been electricity on this land for a full 12 months and yet, here we are.  Bushels of potatoes stored, a year’s worth of onions, crops ripening ready for harvest and a more hay than we know what to do with.

I think the real thing is that it all happened because of one very hard working chap. 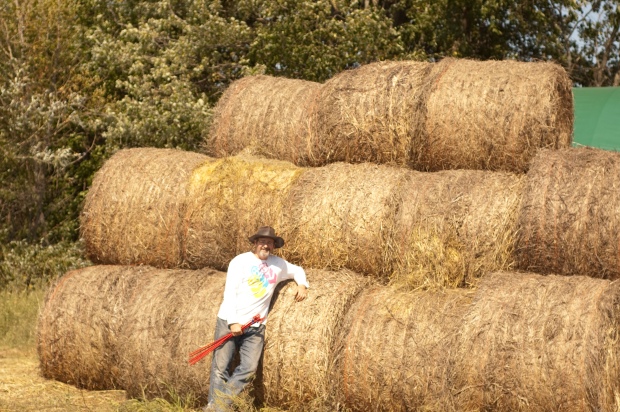 Come rain, shine or (as was the case this summer) bloody boiling heat, Stephen has been out there working.  He created a veg garden out of nothing, worked out how electric fences worked, carries endless bags of feed around and a million other tasks that mean weekends are work time not chill time.  Oh and there is the time before and after his full time job.  Yep, he’s a farmer alright.

This entry was posted on August 28, 2012, 8:34 am and is filed under Farm. You can follow any responses to this entry through RSS 2.0. You can leave a response, or trackback from your own site.