The vikings, it seems, were not really called vikings.  The term i-viking, meant going off raiding and generally causing a bit of a fuss in boats and furry coats.  This is the kind of thing you get to learn when you study vikings for about a month!

I always knew that this would be one of my favourite bits of  Story Of The World 2 and we have really enjoyed exploring these naughty norse folk.  There are some links to activities and documentaries on my homeschool history pinterest board for anyone who is looking for inspiration.  We’ve also had fun using the book World Book Encyclopedia: Vikings  that I borrowed from the library.  It has lots of fun crafts that are just right for boys of 3 & 7 (and their Mummy) that can be executed with what we have already in a reasonable time frame. 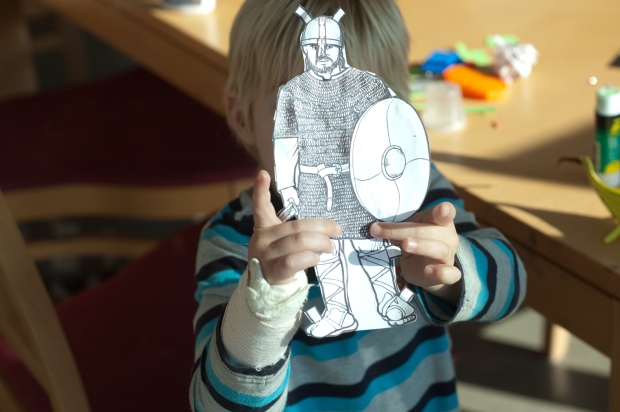 As we’ve progressed through learning about different aspects of Viking life, from the battles to the wonderful myths and stories, I’ve been really inspired by how much the boys have enjoyed and embraced the topic.  Huwyl has been particularly motivated, bringing ideas to me from the craft book we are using and being much more proactive about the project than ever before.

Being a little perfectionist (don’t know where he got that from *cough*Stephen*cough*) he has needed my help getting some of the details just right but I’ve tried to inspire him to give it a go too.  He simply can’t bear a project going south because of a little mistake, so things like tricky cutting out or lacing have had Mummy help.  I’ve had to reign in my own perfectionist tendencies (not always successfully) and tried not to take over, I hope we’ve struck a balance.  Certainly the projects were child led/demanded! 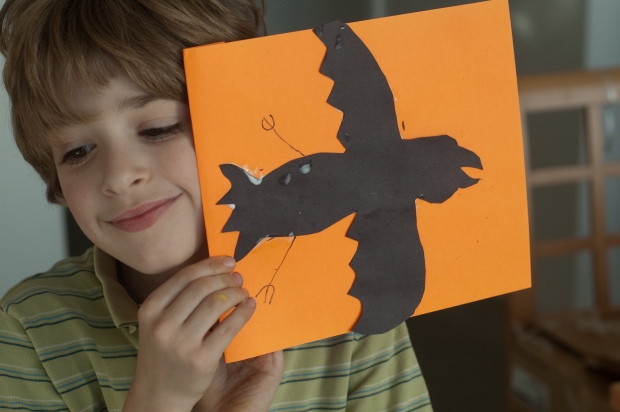 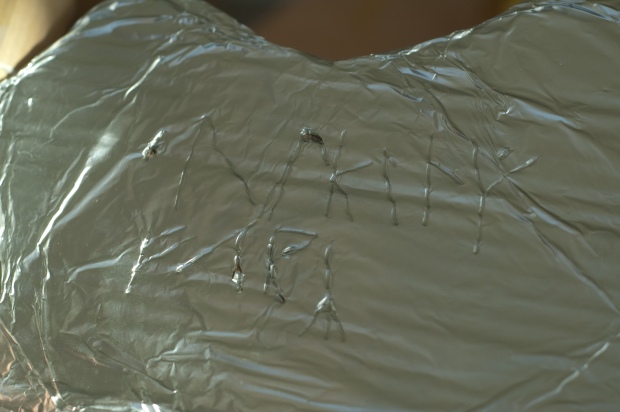 I’ve loved the diversity of the crafts and activities and the fact that both of the boys seem really engaged and interested within their own capacities.  Neirin has dipped in and out while Huwyl has been much more focused.  True to form Neirin most enjoyed having his own axe and decorating the Viking warrior, he placed the clothes on just so, his dexterous little fingers working to position them perfectly.

Today he did a bit of painting and then created what appeared to be a mini art installation!  Really it doesn’t matter so much to me the specific outcome of each project, or even the focus, it is simply that each child is motivated and keen to learn and create.

I don’t know what it is, but he does.

This entry was posted on December 7, 2012, 8:00 am and is filed under Homeschool. You can follow any responses to this entry through RSS 2.0. You can leave a response, or trackback from your own site.